A Gift To Me 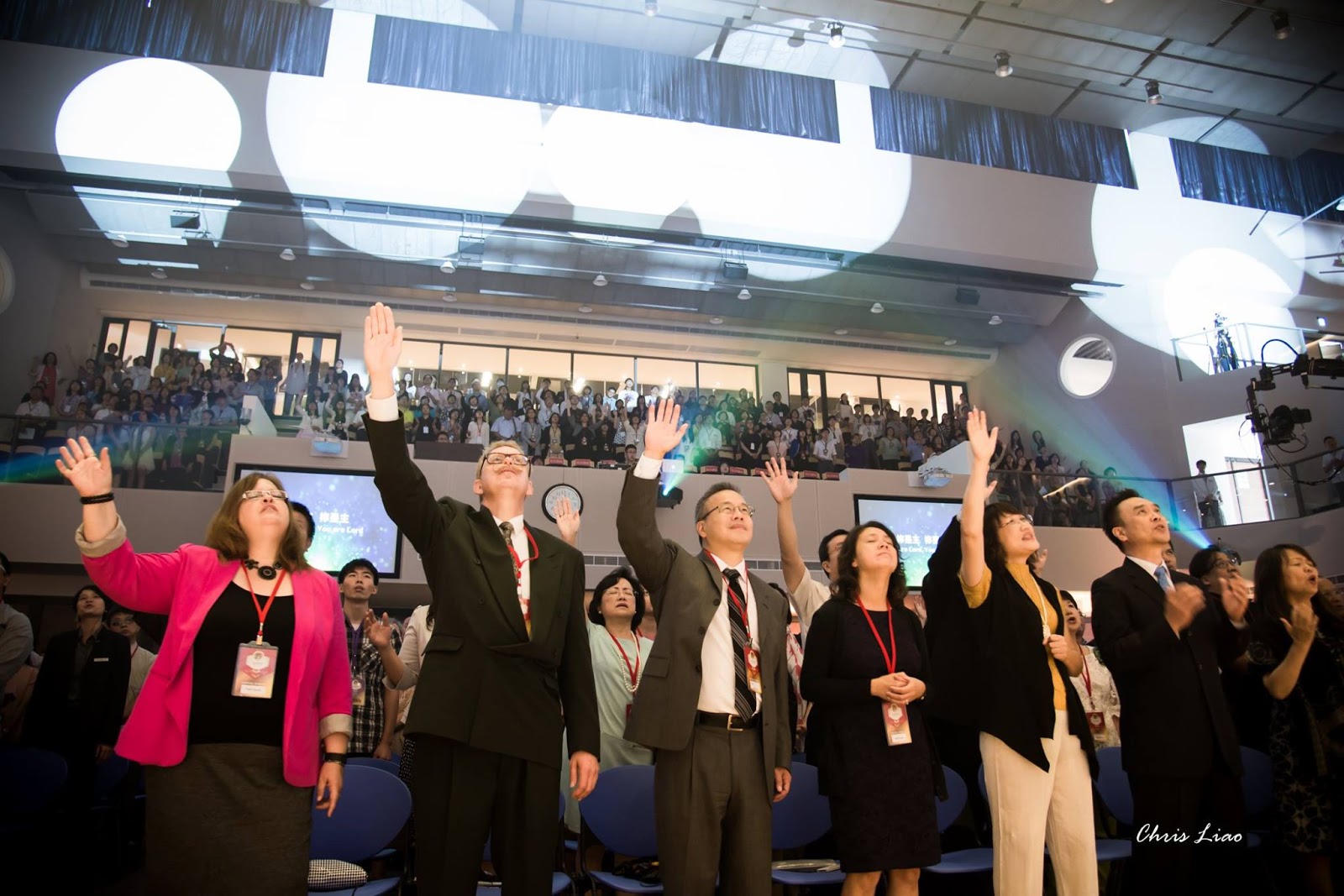 I was standing on the edge of a big decision and I wasn’t sure if I was brave enough to jump off.  I deeply wanted to go to Taiwan and celebrate with the Church there but I was also terrified of the risk.  I was completely torn. I had just spent two weeks in the hospital with meningitis. The doctor that attended to me,  knew how badly I wanted to go to Taiwan but doubted that I would ever get there – not this time at least. I could tell she felt sorry for me – was even trying to work it out for me but it seemed hopeless.  There were so many things to work out physically.

The clock was ticking and I still didn’t know if I was even able to go or not.  I wouldn’t even think about going without getting the okay from my family doctor,  my heart doctor, my rhinologist and my gynecologist (much was going on that could have led me right back to the ER so I needed her okay for sure.)   My last doctor to give me the okay was my gynecologist and it was looking like she was the most important one for me. I was excited the day I was to visit her.  I needed to let everyone know whether I was going or not.

Twenty minutes before I was to have an appointment,  I got a phone call telling me that she couldn’t make her appointments that day.  I had to reschedule which put me only two weeks away from the trip I had already purchased long before I got meningitis.   I was annoyed, but what can one do? Nothing. It seemed to take forever to get to the second appointment and then I got the phone call again – she had to go in to emergency surgery.    I had to reschedule. Again. I was starting to get panicky – I was beyond the annoyed part. I still didn’t know what decision I was going to make even if everyone DID say that I could go!!

Knowing whether it was even a possibility was the first step to even making the decision.

Finally,  I got to my appointment a week and a half before my scheduled date to leave the country.  I sat there in her office. I actually thought that she was going to tell me that I needed an emergency hysterectomy. Instead, she said that with the latest health issues that propped up, she wouldn’t touch me with a ten foot pole unless she knew she absolutely HAD to.

I asked her about going to Taiwan and she didn’t understand why I wouldn’t go.  It was that simple. But with my complications, what if I bleed and end up back in emergency?  That was my complicated question. She didn’t really have an answer for that but still didn’t think it warranted me to do anything less than live my life normally like I would if nothing was wrong.

It was pretty simple.  She was giving me the okay.

I left the office that day with a spring in my step – but with an incredible weight on my shoulders.  It was easy for her to say that I should still live my life normally but the fact of the matter was, she could not guarantee that I wouldn’t end up back in emergency.  I was an unusual case. She wasn’t sure what my body was doing. That wasn’t great insurance for me. There was so much about this trip that was nebulous – a bit like a flimsy piece of golden material swaying in the warm breeze or gusty wind.  It wasn’t concrete at all. I like concrete; especially when it comes to my health.

I knew I needed to give Jeremy an answer.  There was only 10 days left. My job needed to know and Taiwan needed to know.  I prayed about it for a day and talked to my family. My family knew how much I have invested in Taiwan, both in going and in blessing my husband to spend so much time there.  They knew my love for Taiwan. They said go.

I decided to go.  The minute, I made the decision, I was literally panic-stricken.   I had pockets of excitement but mainly I was working with some serious questions in my spirit.  What if I got halfway around the world and my health started doing crazy things? There were many scenarios that danced in my head.   I only had ten days to get ready for a last minute international trip. I had to get some things ready at work and get a lot ready at home.  It was a crazy week.

The Sunday after I made the decision and just a week before I was to board that plane,  I stood in my Church and asked God for peace. Our worship leader started leading a song that hit me in the gut.  The chorus was “I’m no longer a slave to fear. I am a child of God.” I raised my hands as I sung the song and let the peace wash over me – from the top of my head to the tip of my toes – over and over again.  I felt like I had taken a shower in grace after the meeting. It was exactly what my soul needed. Peace had overwhelmed my spirit. It was a spiritual meeting with God. For the first time since I had made that decision,  I knew without a shadow of a doubt that it was a good one.

But as fear is what it is,  the next day when I woke up,  I felt a knawing again at the corners of my heart.  I battled it. I talked to God a lot and asked him to confirm that I was supposed to go.  Again.

Immediately, he brought a story to my mind from the bible.  It was the story of Peter. Peter was in the boat and as he stood looking out over the oceans suddenly he saw a figure of a man or ghost walking on the water.  He didn’t really know what it was. It terrified him and intrigued him at the same time. Immediately, he wondered if it was Jesus. He said, “Jesus if that is you – tell me to come to you.”  I am sure that Peter did not think Jesus would say come even if it was him. Only Jesus could walk on water. But Peter was eager. He was one of those guys who wanted to please, wanted to experience life with everything he had.   He gave life 110 per cent. Sometimes, he said silly things and this was one of those times. I wonder if he thought Jesus would just sort of rebuke him and say just wait for me to get there. Why was Peter so anxious to meet him? Why couldn’t he just wait.   Because with all that was within Peter, he wanted to see Jesus. That was his life’s passion. He was willing to risk anything – even death in order to be with Jesus.

Jesus said,  “Come.” and Peter knew it was him.  He knew that this was Jesus who held out his arms to him – it was not a ghost and nothing – not even a vast ocean or the waves that were bigger than the boat was going to stop him from meeting with the one that he loved most.

He climbed out of the boat.  I am sure his legs were wobbling.  It was exhilirating and terrifying at the same time.    As Peter stepped out of that boat, he was taking the biggest faith step that he had ever taken.  He was leaving the boat that was so comfortable to him. He was leaving the familiarity of the friends, and the safety that the boat represented.  He was leaving it all behind in order to walk on water – something that humans can’t do.

The next day at our little Christian school, we had Bible time with all the students.  The young man got up and said, “I want to tell you a little story. His name was Peter and he walked on water…”

Two weeks later, as I stood in a group of two thousand people crammed into the Banner Church – others pressing to get into the shut doors,  I stood with my hands raised I realized that that day was a significant day.

Some people never get to see the fruit of their labour.  Some people spend hours, weeks, years working, striving, pushing toward certain goals,  toward breakthrough in something and often people never see the outcome of all that hard work; they never see it come dancing fully alive before their eyes.

I saw the fruit of leaving my kids, many years in a row to go to Taiwan.  I saw the fruit of kissing my husband good bye even when it felt better to keep him home.  Through pregnancy, through treacherous teen years, through difficult toddler years – saying good bye and giving my husband the blessing to go – knowing that God would take care of me.  I saw the pay-off of hours of prayers and tears and love poured out to a Church that was our home when we were in Taiwan. As I stood there, I realized that the Lord was giving me this – all the sacrifice of all those years wrapped up in a big red bow and handing it back to me.  It felt freeing. It felt right and itt felt humbling.

Standing there,  arms open wide, heart full to the brim,  I knew that even though I didn’t have a lot of money, I was a very rich lady indeed.